Why would you name your band after Reykjavík’s grey and depressing central bus terminal BSÍ, the most miserable location you can find in all of Iceland? Do people still wonder if BSÍ actually stands for Brussels Sprouts Intl.? And have you ever asked yourself how sea bears feel?
No need to make any sense of this! But rest assured that this duo and their upcoming debut album are one of the more unconventional bands and most ijdmfwonkfnf records to be released out of Iceland in 2021!

Having started BSÍ under the premise of trying instruments they didn’t know how to play, Silla Thorarensen (drums & vocals) and Julius Pollux Rothlaender (bass guitar & toe-synths) understand their band as a playground for simply being who they are: Two best friends, rumbling and rolling through life, not taking themselves too seriously, struggling with self-doubts and imperfection while trying to see these as empowering virtues, unafraid to just do and be what- or however they feel.

BSÍ usually has more questions than answers, is sometimes sad, sometimes happy, has been through heartbreaks and great love, likes trúnó and tahini sauce with dill, spends its little savings on going to psychotherapists and would like to join you in your fight of smashing kyriarchy, that is: smashing sexism, racism, ableism, misogyny, homophobia, transphobia and all other social systems based on oppressive, hierarchic and patriarchal structures. 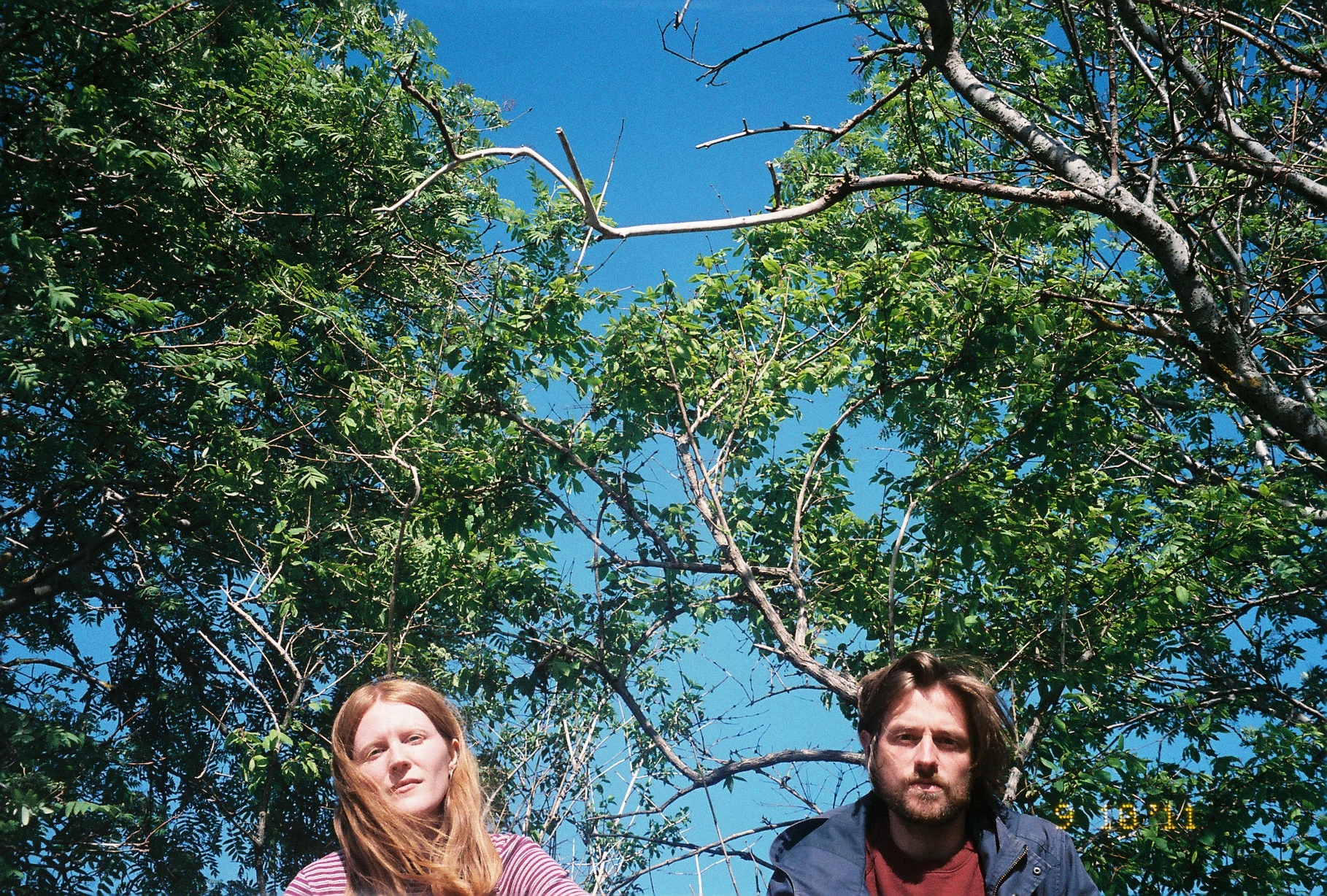 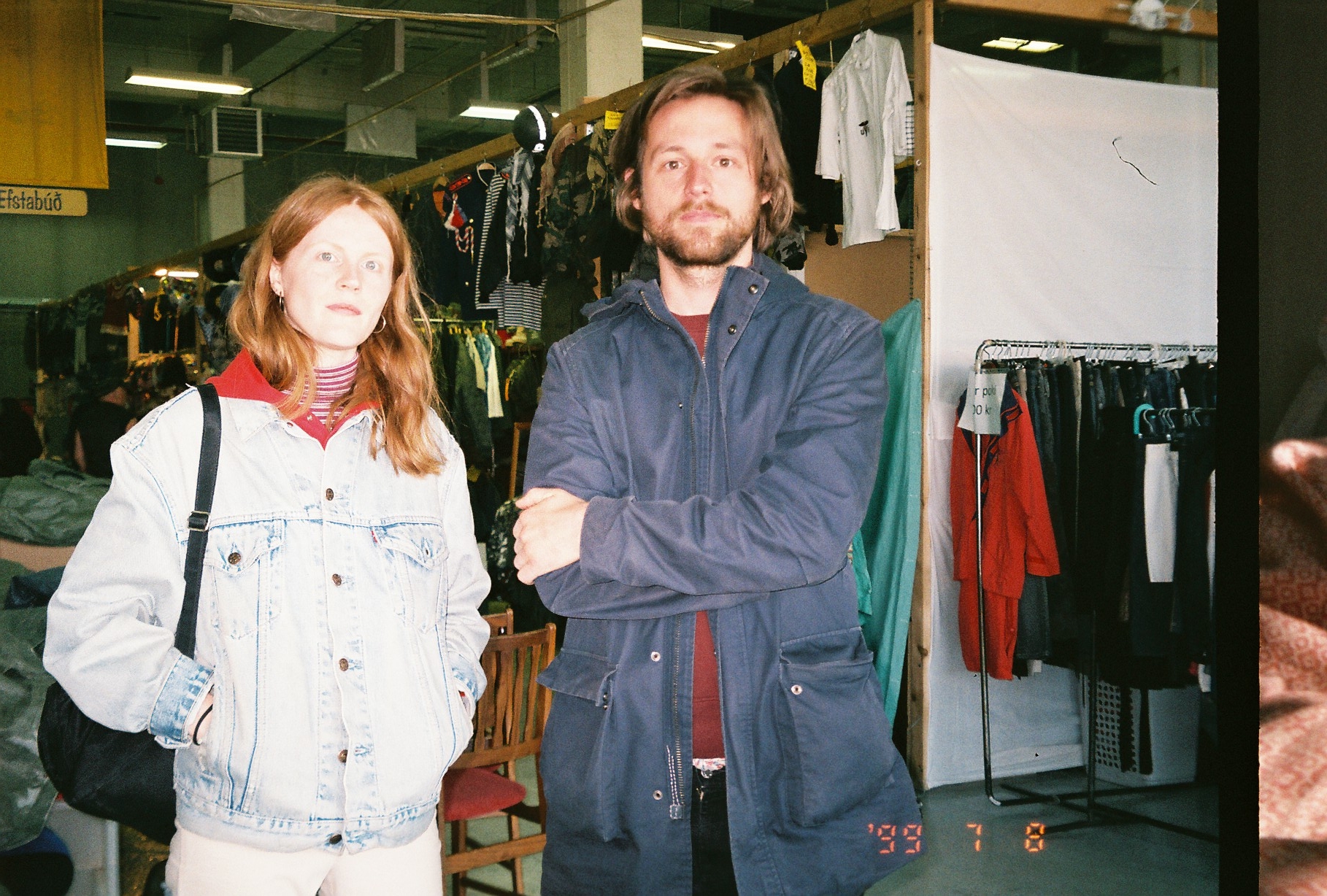 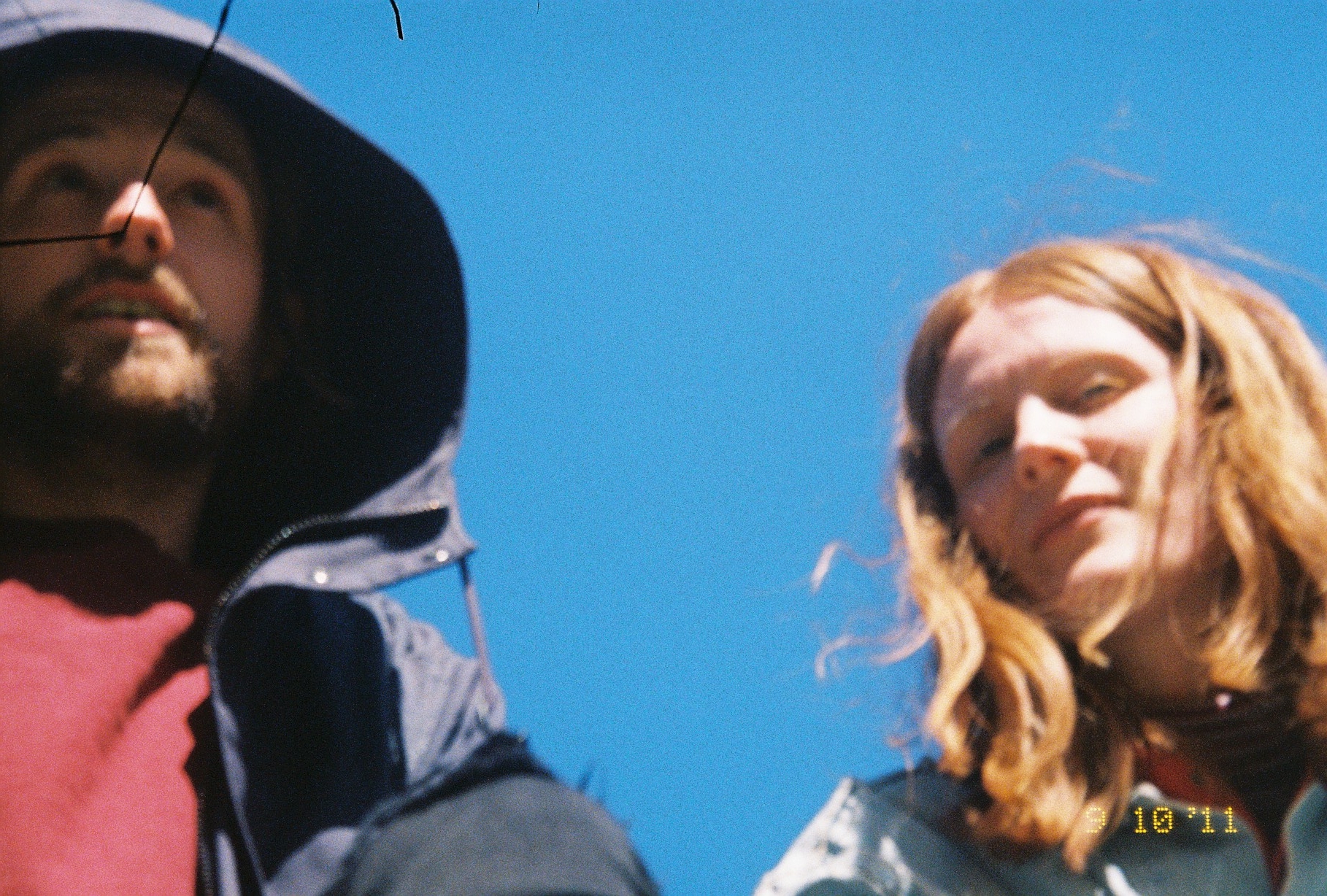 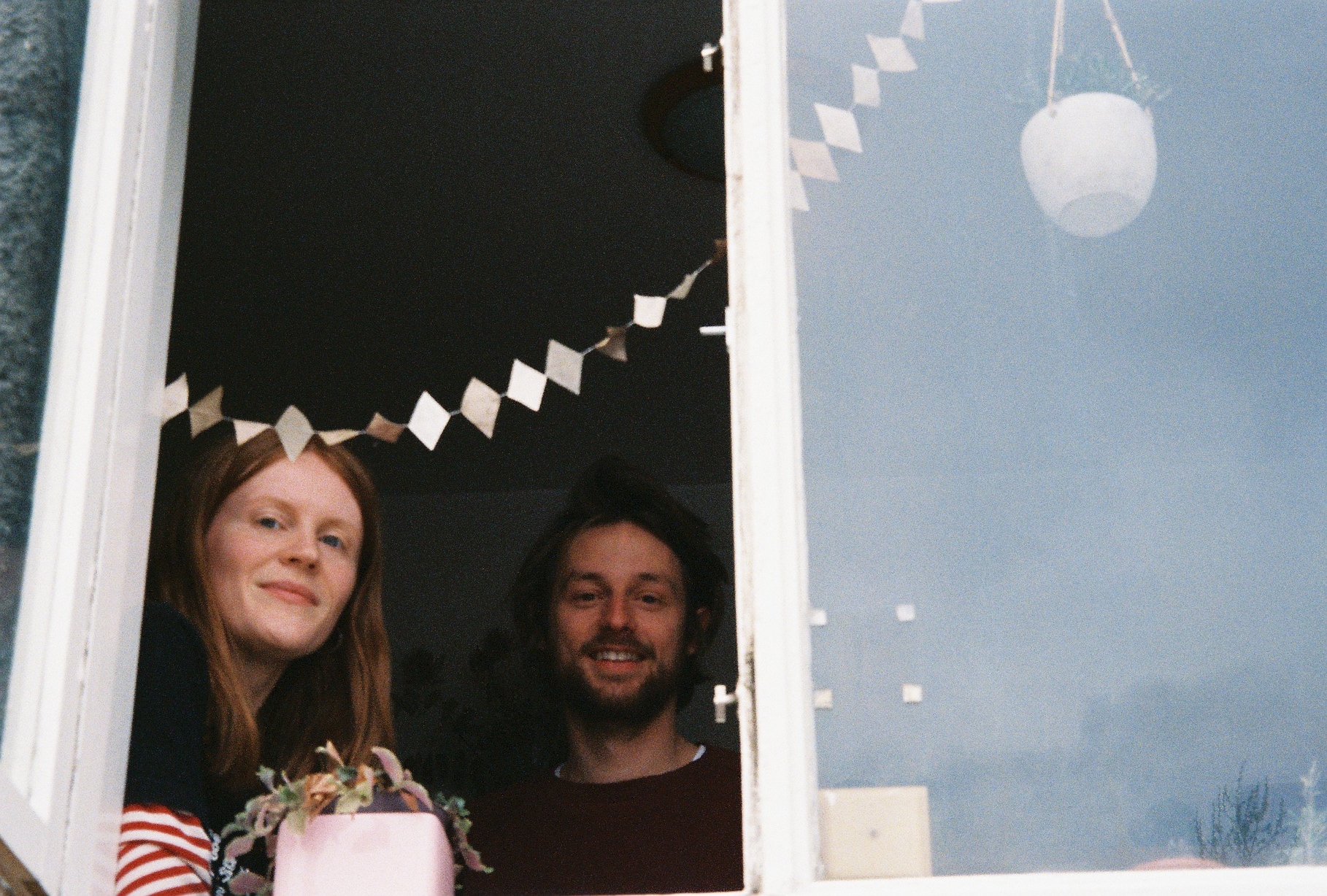 BSÍ's first EP is pretty much a testimony to what this band is all about: Just a few weeks after starting the band, and a few days after their first ever concert (played at Ægir's R6013 venue), Silla and Julius recorded their first songs, barely finished writing them: Ekki á leið, Manama, Bú on you.  Mixed and mastered by themselves, and then released some months later via their friend's Thomas Götz Berlin based DIY record label Tomatenplatten, in collaboration with Why Not? Plötur. Their Spice Girls cover 'Wannabe' was also recorded at the same session and then later released as part of post-dreifing's Post-dreifing’s Drullumall #2 compilation.  For the EP's cover they handed Silla's old camera to a random friendly person working at BSÍ bus station, asking her to take a picture of the two of them. 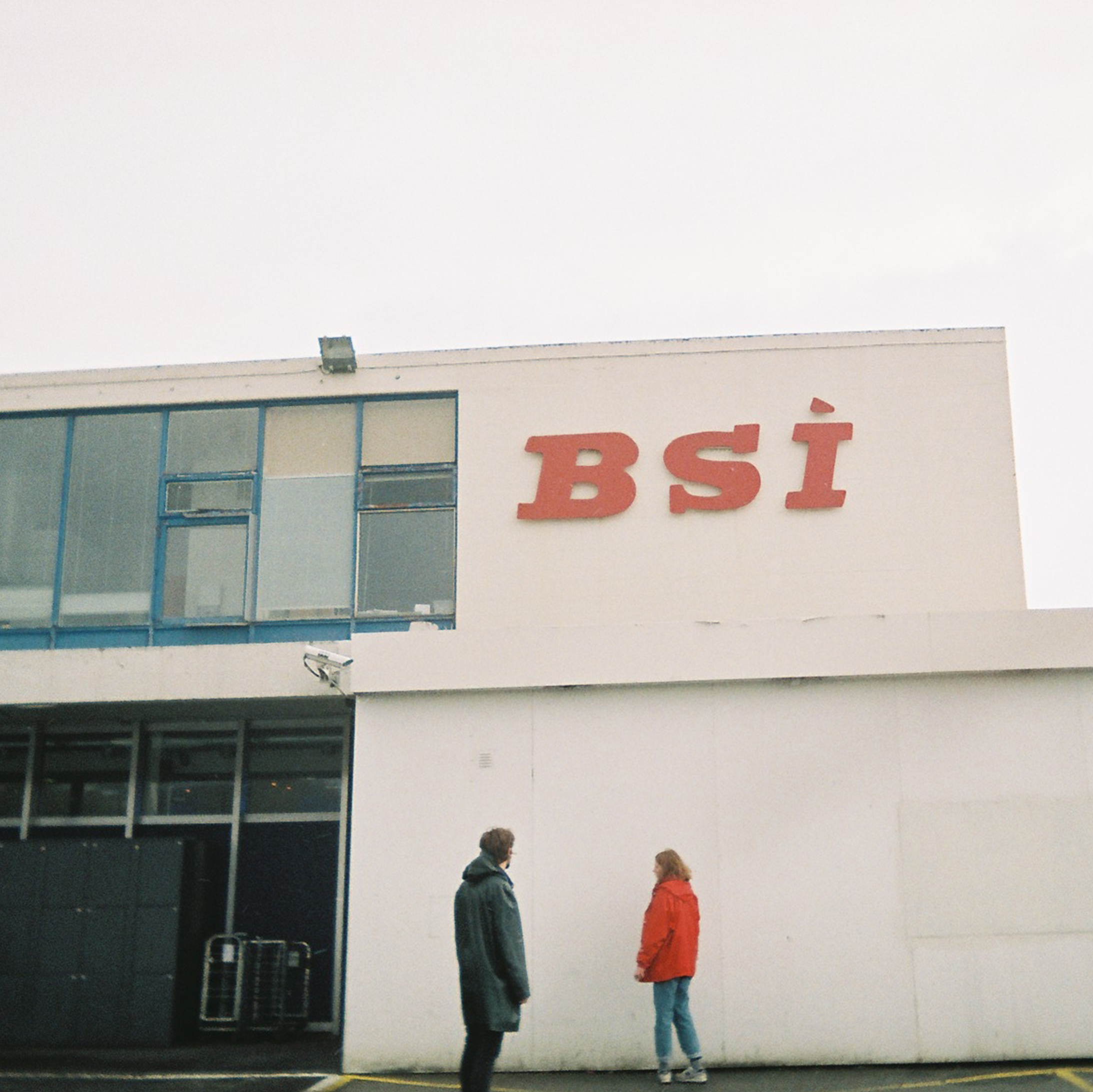